Prehistoric : The Venus of Willendorf 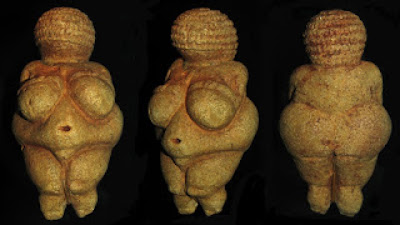 Prehistoric :  Venus of Willendorf
Venus is the word that has been associated with artwork, most specifically from beautiful women. In the Palaeolithic era, Venus has Indicated female sculptures.The most famous and dominant Venus in prehistory is Venus of Willendorf That she was found in 1908 in Austria and she is dated 30,000 and 25,000 BC. This Venus is exposed without a face but she is presented with details on her head, torso to toe that has featured their well-being and tradition. 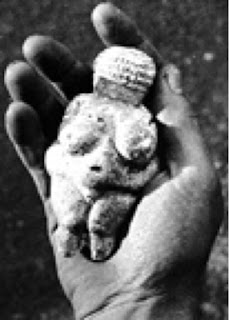 Secondary, balance of this Venus is symmetry balance with scale of composition within standing. Her figure have one head, two for the breasts, two for arms, torso of body, two for thighs and two for legs. She is a round women, standing with her arms resting on her breasts and belly, her bowed head hiding her face but showing off elaborate hair.The round shape is disproportion  and fatter that other period.

Firstly, proportion of this Venus has diminutive size to convey within hands and  she measures 11 cm in height. The figurine was carved from oolitic limestone and has colored with red ochre.  Apart from being female, the statue has an enlarged stomach and breasts, its public area is greatly emphasized, probably serving as a representative of procreativity, and the red ochre pigment covering it has been thought to symbolize or serve as menstrual blood seen as a life giving agent. Her body has circular shape and apart from being female has feeling like abstract in human scale, so that has shown about abundance in that time. 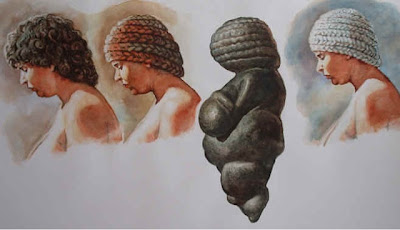 Thirdly, Similarity and Contrast of this Venus has similar figurines which show similar characteristics, such as the exaggerated proportion of the breasts and body, that has a pattern and rhythm in circular shape. A head totally covered with basketry, and the similar full figure with the head almost covered in similar texture that is a pattern and rhythm.

Lastly, emphasis of this Venus  is an important icon of prehistory. Archeologists have suggested many different ways of understanding its significance for the nomadic society which made it. The first suggestion is that it was a "Venus figure" or "Goddess" used as a symbol of fertility.  It shows design a woman with a large stomach that overhangs but does not hide her pubic area and no face. A roll of fat extends around her middle, joining with large but rather flat buttocks, so that means it's showing that time has richness and abundantly owing to they have full nature resource and their culture and tradition. The suggestion is made Venus figure. Synopsis of this period, there has not emphasized with a design for aesthetic yet. She looks abstract in human scale and it doesn't have more details on head and face. And they began has a belief in god and luck within well-being and tradition.